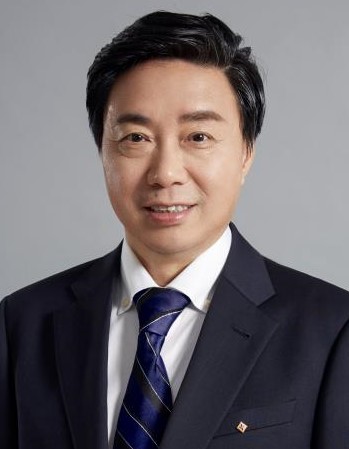 Professor Wu is Director and Professor of the Key Laboratory of Knowledge Engineering with Big Data (the Ministry of Education of China), Hefei University of Technology, China. He is a Foreign Member/Academician of the Russian Academy of Engineering, and a Fellow of IEEE and the AAAS (American Association for the Advancement of Science). He won the 2012 IEEE Computer Society Technical Achievement Award "for pioneering contributions to data mining and applications" and the 2014 IEEE ICDM 10-Year Highest Impact Paper Award for a paper on supervised tensor learning.

Professor Wu is a pioneer in Data Mining, and has made major research contributions in big data analytics, data mining with streaming features, and negative association analysis, with original theories and methodologies.

In addition to academic values, Professor Wu's research contributions have had significant global application impacts, as evidenced by his technology transfer grants with industrial companies as well as large basic-research funding. His most recent large grants include serving as Chief Scientist in a 54-month-45-million-RMB-15-institution grand project on Knowledge Engineering with Big Data (https://ieeexplore.ieee.org/document/7948800/). This project was completed in July 2021 and attracted over 6.9-million users for applications in online medicine, distance learning, and tourism Q&A services.

Professor Wu is a founder of the Data Mining field, with outstanding contributions in advancing its state-of-the-art. In March 1989, he submitted a grant proposal entitled "Automatic Knowledge Acquisition from Relational Data Bases" to the National Natural Science Foundation of China (NNSFC) as the Principal Investigator, and received the NNSFC support for three years (from January 1, 1990 to December 31, 1992), which was likely the first ever national research grant on Data Mining. In July 1993, he completed his Ph.D. research in the Department of Artificial Intelligence at Edinburgh University, with a dissertation entitled Knowledge Acquisition from Data Bases. He sat on the Program Committees of KDD-1995 and 1996 (the first 2 KDD conferences) and served as Program Co-Chair for KDD-2007. He is the founder of ICDM, and has been the core driving force behind the ICDM conference series. Both KDD and ICDM are ranked as A* conferences by the Computing Research and Education Association of Australasia, CORE Inc. At ICDM 2006, Wu organized a panel on Top 10 Algorithms in Data Mining, and published a paper in 2008 (Xindong Wu et al., Knowledge and Information Systems, 14(2008), 1: 1-37) and a book in 2009 (Xindong Wu and Vipin Kumar, Chapman & Hall/CRC Press, 2009), both on the same topic of Top 10 Algorithms in Data Mining. The 2008 paper has attracted 6447 citations, and the 2009 book (in English) was translated into Chinese in 2013 by Tsinghua University Press and has attracted 1115 citations. His top-10 panel has become an important milestone in the Data Mining history.